Black Literature is the documentation of Black consciousness. It is the quest to communicate what it means to experience life from this vantage point.

There seems to be a division within African American Literature and African American culture as a whole, between the hip, the commercial, the religious, the philosophical, the educational and the radical or nationalist. This is not to suggest that these categories are complete; the point is to stress the sense of disconnectedness. For those hip to afro-centrism, the issue appears to be one of dismemberment. The process of “re-membering” as a reference to the myth of Ausar (Osiris) and Auset (Isis) and the conception of the son (Heru), is an approach to our history and culture which if taken guarantees many rewards. 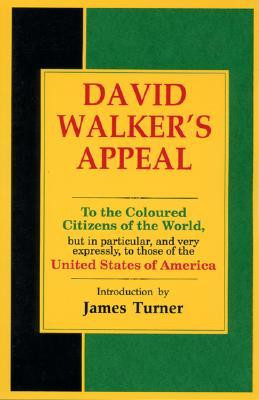 To be clearer, as individuals and then also as a community we struggle with the process of remembering. For example, something as simple as the name of one’s great, great, great grandparents will stump many of us. Among all of the other complexities created by slavery collective amnesia stands as one of the greatest. On the base level, slavery was about destroying our sense of connectedness.

Black Literature is the documentation of Black consciousness. It is the quest to communicate what it means to experience life from this vantage point. Black Diaspora or African consciousness naturally in America, but also throughout the world, has spent much time grappling with the issue of race. And rightly so, for race as a concept used to negate or minimize the humanity of those with Black skin or African ancestry, is much like a riddle about what it means to be human. The injustice and suffering we have encountered when judged (misjudged) according to our race, often causes us to question the meaning of our lives. We can be certain that our history has demanded this of many. For how are we to understand our humanity, when that humanity has been negated in countless situations.

Free Black Space is, in essence, the place where we can speak freely and transfer consciousness from one mind to another. Often times the objective is simply one of compassion, with the goal of serving as a balm for one’s wounded sense of self, or simply a listening ear. At other times, it is historical and serves to contribute to the collective memory, to establish a timeline in the face of amnesia. Within Academia, the transfer of consciousness often explores and documents, in order to uncover what was hidden so that a more practical approach to present and future problems can be taken. Within commercial literature, the consciousness is rooted in the common experiences, physical objects, and ideas of the community. The story told may be presented in a form or fashion unfamiliar to the community but is grounded with details and perspectives we are familiar with. For religion, the fundamental questions of human existence are asked from the vantage point of Africans in the diaspora and America.

The point is that there very well may be nothing new under the sun. However, translating or communicating the countless manifestations of the one into words and languages is fundamentally what literature is all about.

Remember, the question is one of “re-membering.” If the body is torn asunder, it must be re-membered, put back together as a whole. For humanity is fundamentally about wholeness. Dr. Afrika’s Afrikan Holistic Health is a perfect example of a primer text that introduces one to the concept of health and life as a combination of mind, body, and spirit. And the same must be said for the community as whole. The process of remembering is fundamentally a question of refusing to negate any portion of what is, what has occurred. Those experiences negated or not remembered, cannot be “re-membered.” And what cannot be “re-membered” cannot be reassembled in the collective body of knowledge. Cannot be actualized or used as consciousness. And consciousness is the gasoline, the power behind life, it is what increases or decreases our ability to experience life fully.

Speech and Literature are the ultimate when it comes to sharing what comes from the invisible regions of our minds with our fellow human beings. 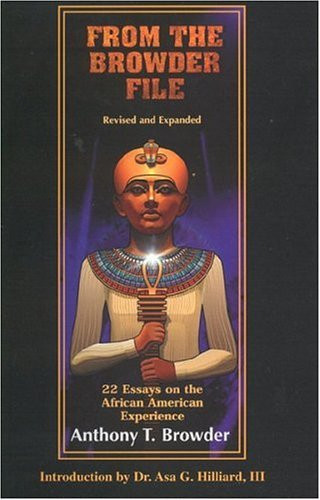 A customer at Karibu Books once shared with me that in a temple in Egypt he saw a quote over the doorway which stated (this is a paraphrase) “out of all things, reading will feed all of your senses.” The structure of human language is fundamentally about sharing human consciousness from one mind to the next. Images and nouns represent physical objects and ideas, verbs represent actions and so forth. The core of language is that it always hints at the other or something that is, in fact, greater than words. Something that is sensory and dynamic as the experience of life is. Immediately, the Wisdom of Laotse is called to mind. “The Tao (Way) that can be told of is not the Absolute Tao (Way); and the Names that can be given are not the absolute names.” The point to be made is that words point towards life, and life is something that exists beyond words, however, as the temple in Egypt noted, reading or communicating via words is perhaps human beings best resource when it comes to sharing what it means to be alive. Speech and Literature are the ultimate when it comes to sharing what comes from the invisible regions of our minds with our fellow human beings.

The ability to share consciousness through words or through speech is skill, an almost mystical skill cultivated and possessed by only a few. And these are our great authors and orators, in particular, remembered throughout time.

Free Black Space cultivates a holistic approach to the experiences and consciousness which has occurred within the dimensions of the human mind, via those with black skin. There is something we have to give to the world and to echo James Baldwin, America in particular. Our enslavement at the inception of the country calls into question the depth of the consciousness attached to ideas such as “freedom, justice and democracy.” For if there was an understanding of these concepts, how serious was it, given our treatment at the time. Our existence alone in America has always posed difficult questions for the country. And we are not the only ones. There are countless others who have existed outside of the mainstream of America’s discourses and idealistic concepts. These places and communities have existed in similar fashion to Free Black Space. And within Free Black Space there has always been a discussion of gender, race and class and virtually every issue which has affected human beings on the planet.

The goal here is to establish parameters and to technically have no parameters with exception of inclusion in the range of experience of those with African Ancestry. And of course it is important to note as Karibu did, books By and About African People. By no means is it only Africans or those of African descent who have been dedicated to the study and preservation of Black Consciousness. There are countless examples of people outside the “race” who have involved, contributed to and communicated within the realms of Free Black Space.

Free Black Space is a blog owned by Bro. Yao aka Hoke S. Glover III, a poet, teacher, and former owner of Karibu Books. His work has centered on issues of literacy and the promotion of reading in the African American and larger community. He is currently an Assistant Professor of English at Bowie State University. His poetry and/or essays have been published in African American Review, Obsidian III, Tidal Basin Review, Smartish Pace, Beltway Quarterly, Specter, Libations, Ploughshares, and other journals and anthologies. He has recorded with Black Notes, Sunny Sumter and is currently working with a musician group Free Black Space.

DC Public Library’s Get Lit Podcast: If Beale Street Could Talk, a Discussion